I'll have a bit of a re-factor soon, but please bear with me for now!

Posted by Matthew Beakes at 11:55 No comments:

Instead of Inktober this year, I decided to do project dedicated to character design - Agent Autumn's goal was to create 31 character illustrations over October (and ultimately, as turned out November too)
I've really wanted to push my character work this year, and produce something little more polished and digitally designed -  a daily character each evening was that would ultimately cohere together a set was the goal. 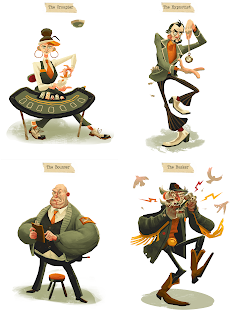 In terms of reference and prep, I'd started to develop some reference and some loose descriptions, and titles that I could pick out of  a list day to day as I fancied. Thematically, I was drawn to the le Carre notion of secret agents as being as far away from Flemming's James Bond angle as possible, them being depicted as staid civil servant types, or dysfunctional odd - which seems like a good spot to aim for. 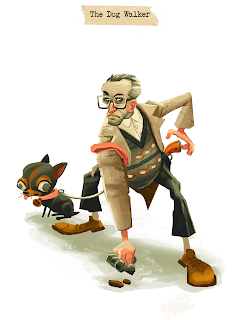 'Unlikely agent sort of became the best descriptor, and I could look for tropes that I could affectionately reference. Some characters wound up being based on very specific people or actors in iconic roles, while others were more of an amalgam of a few different ingredients or genres. 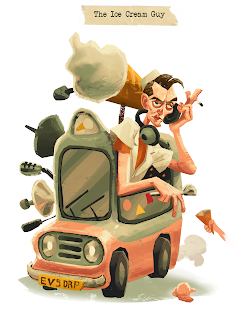 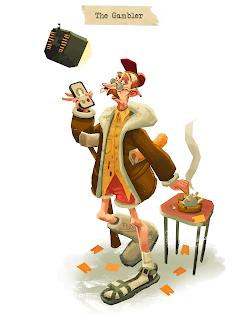 Technically, the autumnal theme was expressed through the colour and the Autumn leaf motif employed in the characters costume. Having a reduced colour palette was essential in making the designs conform with each other, and to speed up  the design process. I actually realized how much colour decisions are a huge area in which I typically lose time on with designs while undertaking this approach - which was a pretty key take-away. 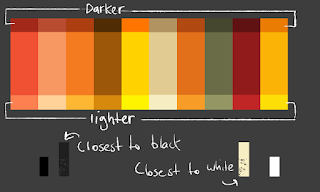 As a basis I actually just googled Autumn palettes, added a lighter and darker shade to each colour, and a slightly light off-black for essential shadows and black hues. Early designs tended to reference as broader spectrum of these as possible, while later ones were a lot less fussy. Colour language fairly quickly started to form across the various characters with certain red/pink colours doing a lot of the work for skin tones, or the off-black and olive colours offering some good solutions for materials such as leather and shoes.
Front-loading those decisions really allowed each character to be a case of sketching, with a focus on flow and rhythm, then applying the colour when blocking out. 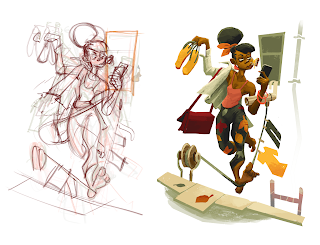 While some designs have definitely worked better than others, it's great to be able to see them all together It's been pretty personally fulfilling to get a new illustration project done in 2020. I'm currently looking to combine these into something between a comic or card deck game, so fingers crossed for 2021 should be able to get something together, and possibly undertake a similar project in future.
Thanks!
Matthew

Posted by Matthew Beakes at 11:46 No comments:

A selection of paintings from snaps on my phone. 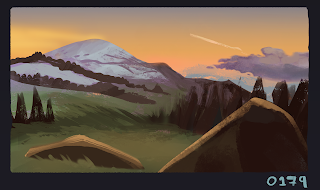 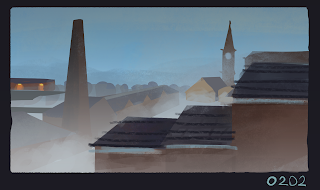 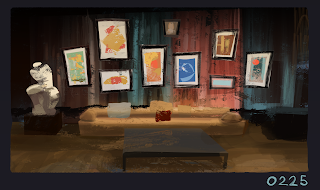 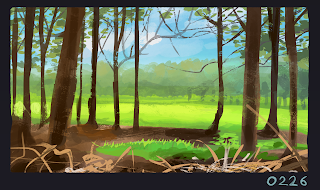 Posted by Matthew Beakes at 11:02 No comments:

Just a selection of the daily paints that cover all things Beaver related. 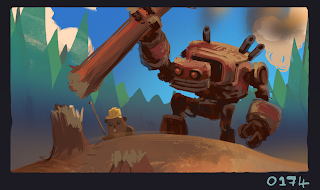 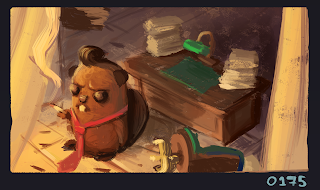 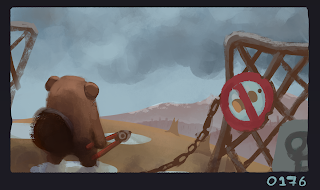 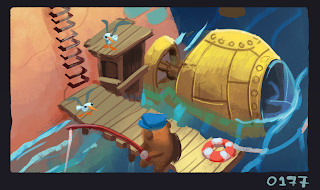 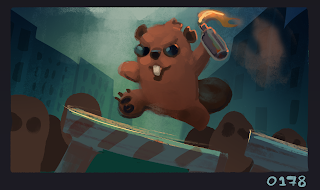 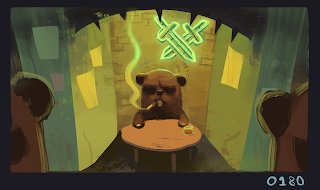 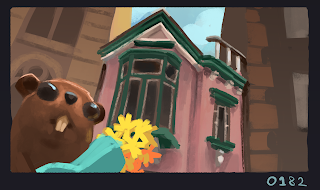 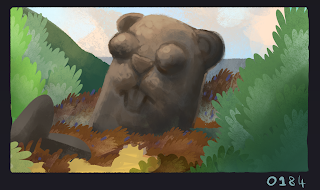 Beaver
Posted by Matthew Beakes at 10:58 No comments: 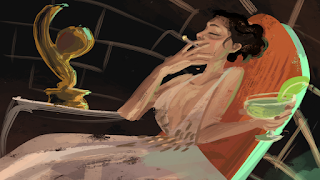 Posted by Matthew Beakes at 11:22 No comments: 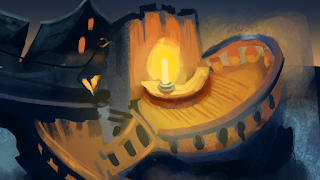 Posted by Matthew Beakes at 11:20 No comments: 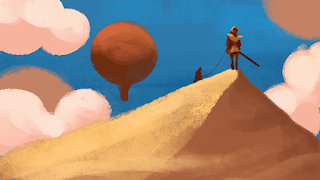