Been a little busy with work this past week, and doing a lot of stuff with Maya and Unity (still kind of at the basics with it but it's a pretty sweet bit of software) so hankering after some drawing and sketching massively. 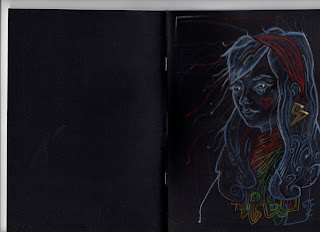 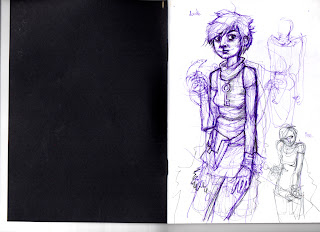 Just been doodling after listening to an adaptation of Neil Gaiman's 'Neverwhere' on Radio 4 Extra (which I enjoyed.) Guess the idea of keys, rats and a subterranean city stuck with me for a while. I'd really like to do more narrative stuff in future too. 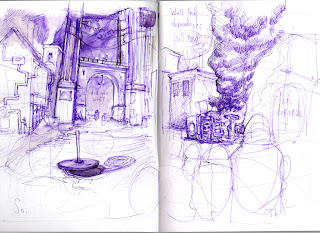 Been a plenty of really cool stuff going on with some of the (v.talented) guys at Mind Candy giving some insight to their way of drawing, painting, capturing figures etc. Including some gesture based stuff, I like the below as it incorporates a bit more force and flow in the figure which lends it a bit of weight my character bits sometimes lack. I've also been looking a little at Matessi's Force book but haven't fully embraced that yet, early days but it's good to acknowledge something new. 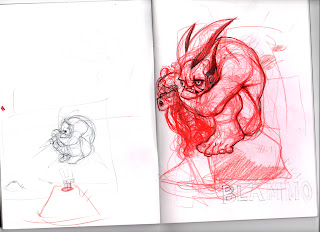 Shame I didn't finish the figure and get both feet and hands in - although I liked how it turned into the makings of a potential character (referred to as 'Blammo'); An obsessive figure perpetually wound up and ready to strike, but  kept eternally waiting for his varmint. Some of this comes from the pose which I may not have necessarily have thought to look at before.

Lastly just some Biro drawings because I bloody love a good Bic medium, and get a bit too much of a kick out of rendering things with them sometimes... 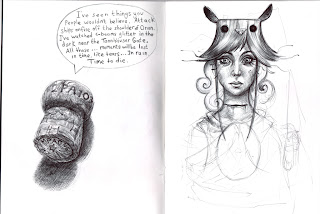 Just looking back at these I'm starting to see how nice smaller sketchbooks are for rapidly exploring different stuff in a sequence. Hopefully fill a few and post some more!