I don't tend to do process stuff of my pictures, technically speaking I don't feel my process is necessarily disciplined enough to warrant it. I've been working professionally as an artist and designer for five or six years now (and  drawing for significantly longer) and as time's gone on I get much less of a kick out of rendering for rendering's sake, and get more caught up in the subject matter and mental processes of drawing from imagination, I mean life's short right?

Could be a part of how anyone's creative engagement with their work will inevitably change, (or could just be damn laziness...) either way here's kind of a 'creative' process I went through in looking at a priestess type character. Ultimately I think it was abandoned as concept, but it was fun working through these various stages, thematically and stylistically. 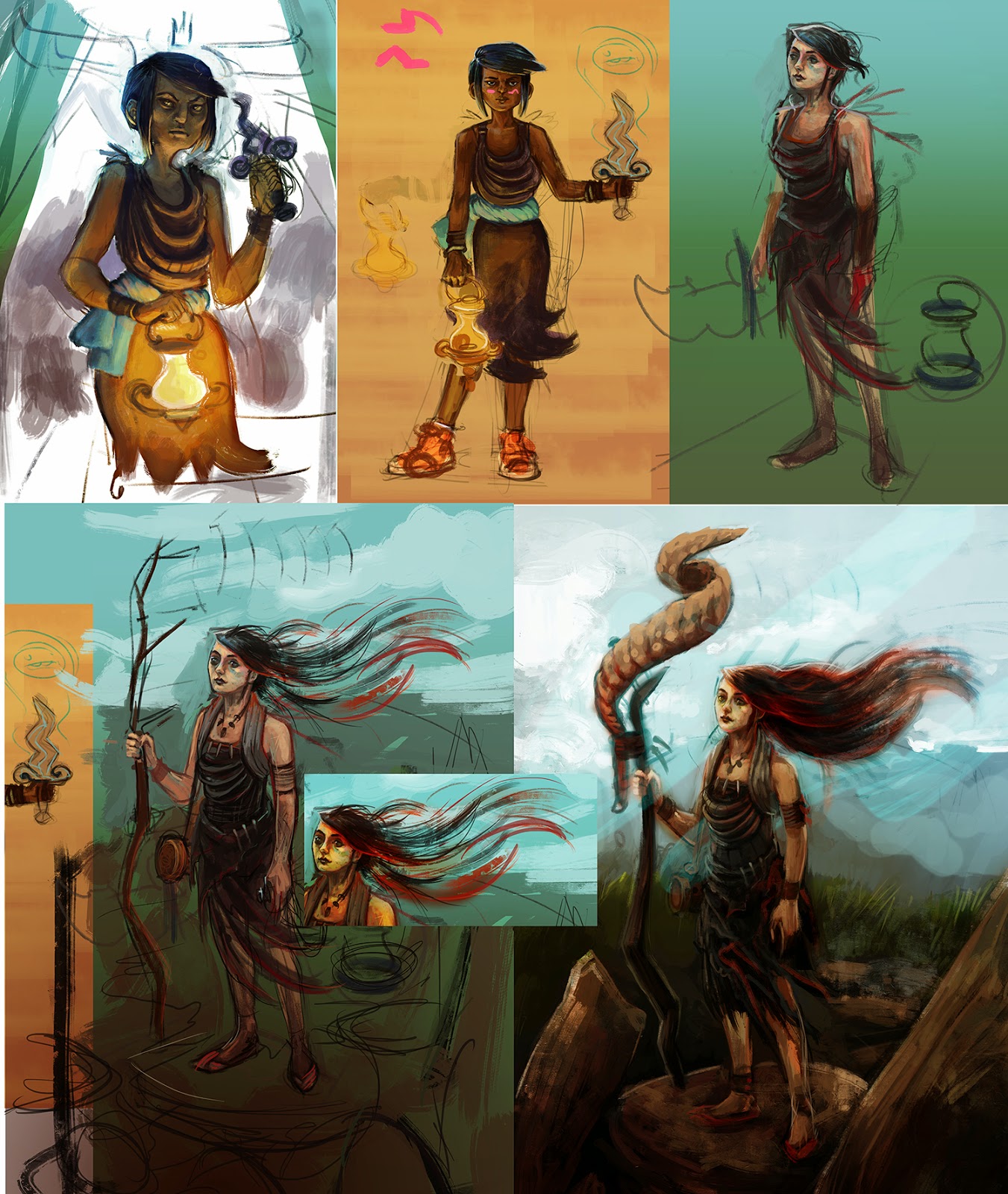 Anyhoo- signed up for the Schoolism workshops in London next month so that'll be a chance to re-engage with the process side of things no-doubt :)
Posted by Matthew Beakes at 05:15