A fairly large update of some small things...

It's been quite some time since my last update, and that's not to say that I've not been busy, or haven't been playing with the visual development of a few ideas however; the past 12 months has really been consumed by larger on-going projects, which has slightly denied me of much finished work to put up here. While this actually nothing to complain about, one of the issues of contributing toward game development projects is that they tend to be quite involved and more than a little secretive until they're ready to go out the door.

Beyond these projects my face has generally been in a sketchbook where-ever has been possible, and many projects still continue, some in writing and some in sketches, and plenty drawing from life too. There will be more comics and game stuff up here at some point, but here's a bit of a dump of some of the more miscellaneous bits and pieces, sketches and a few random digital pieces. 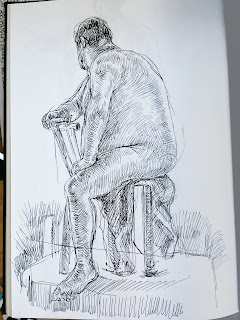 I've been really enjoying getting some more regular life drawing in, these past 12 months, I think by the nature of going to regular sessions with a limited pool of models, it does rather encourage you to get playful in your drawings. 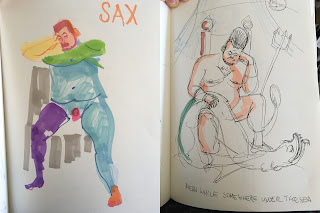 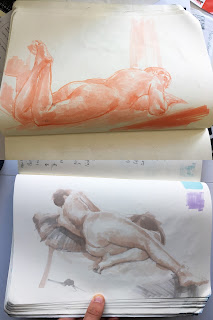 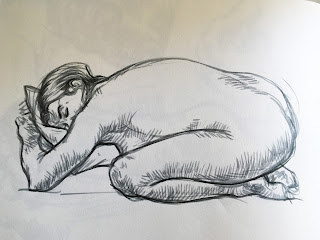 Another wee flit of mine was back in darkest January I spent a little while on wee mini project revolving around a fictional persona of a foul-beaked avian cultural critic called 'Little Peck', 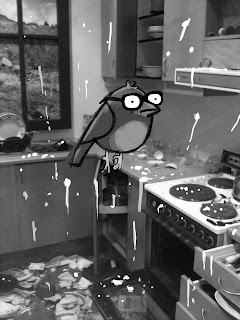 Kind of a chance to play with some more editorial style pieces, and play around with writing a bit more and also animated gif images a bit. Sort of envisioned it becoming sort of like Time-Out magazine for birds. 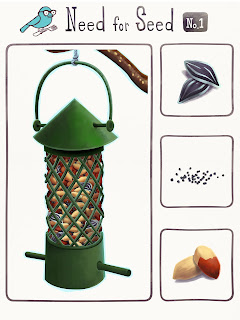 Bird feeder reviews series.-  to accompany text these were going to combine the mundane (sort of ladybird book style illustrations) with the progressively more odd and surreal. I still hope to zine the crap out of this. At some point anyway... 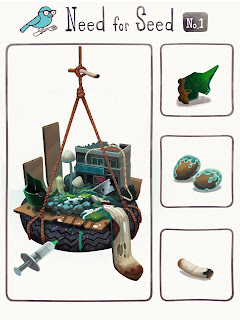 WIP but really want to get better at doing gifs in Photoshop, think this stuff was still intended to be part of the Little Peck project but time will tell... 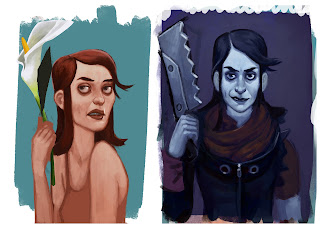 Some paints I was looking at for an early comic seed 'The Mortician's Daughter' - this is absolutely parked for now beyond a bit of research, but playing with a comic-esque role-playing game style aesthetic.

I absolutely failed to keep up with it the whole month last October but still managed a good 20 or so slightly wonky images in ink (pens this time not brush like last year) I was trying for a tinder pic theme originally, but it did rather morph over time into just drawing oddballs! 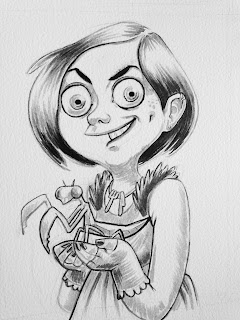 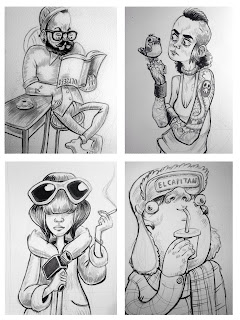 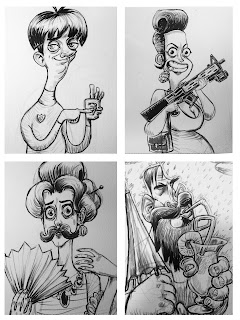 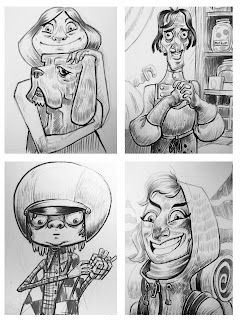 As I'm posting this in June 2017 this past year has absolutely flown by (as these things tend to) but having been up in Dundee for 18 months now, it's getting pretty close to the 2 year mark , which for me is actually quite a while to be stationed one place. Moving around is pretty common in game development,and it's come up in conversation with other game folk that sometimes people don't really engage too much with whatever city they're in, as it can all seem a bit transitory. Personally my move to Dundee was probably the first time since my early 20s I've gone somewhere completely fresh -  without any real network or pre-existing friends. So has been a real exercise in discovery,  getting out and exploring and finding out about a place. 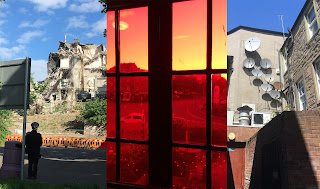 It has been challenging in a few respects, (ashamed as I am to admit it - I can be a touch shy at times) That being said - I have genuinely enjoyed being back in a smaller place, where you do see the same people around and there's a sense of a community. It's great micro hub for a lot of arts, design and games stuff especially, and I've enjoyed finding out about the kind of cultural ecosystem that lives here. Also Scotland's pretty great. 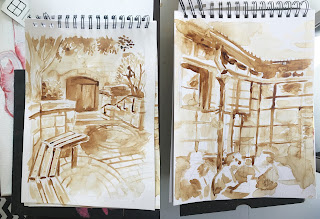 Certainly compared with my time in London it's oddly gratifying how comprehensible the scale of things actually can be, and it has made me reconsider a good deal of what I do and why. And I've always loved just wandering about towns, so I've been putting some thought doing a comic project about Dundee, thinking over the summer months i'll be hoping to assemble something about the obscure little corners and places I've found during my time here.

Most of my personal stuff is often fantastical, silly, or fairly introspective -  looking forward to doing something a little more external that I can share. I can be reasonably confident that it'll still be fairly whimsical however...