This year I've been fortunate enough to get involved with Open Close Dundee's Stobswell Street art trail. I was really looking forward to contributing to this project having gone on the tour for the earlier tour around the city centre of Dundee, as well, I quite like the place, and it's not hard to see how it really does brighten up and improve the place.

It was enormous fun, but it's fair to say was fairly challenging working at such an increased scale at an outdoor mural site. I've been very used used to working, at a desk or computer so being confronted with a massive 7 foot door was a little intimidating when I rocked up about to get painting. 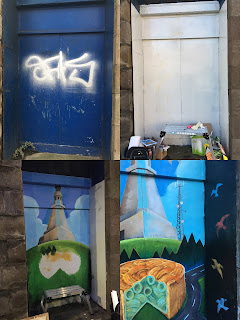 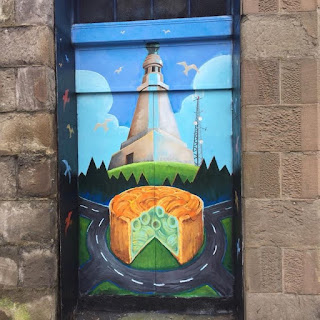 While the complete thing perhaps wasn't as accomplished as I'd perhaps originally hoped for, I was blown away with peoples reaction to it, with the whole piece being a tribute to some of the Dundonian peculiarities that are a real part of the town's character.

I guess it also helps that I wasn't being too subtle...

As a nice follow up from this project, I created a few postcards and badges to sell as part of the art tour's launch few pics: 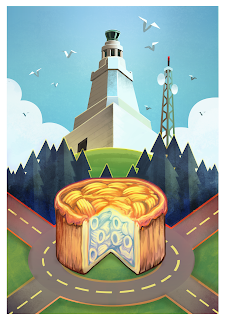 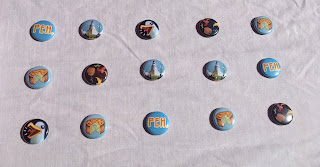 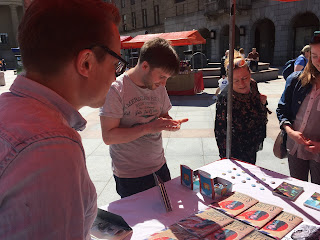