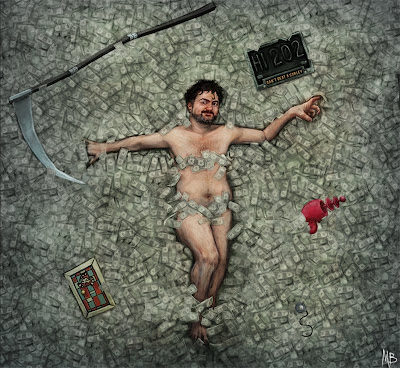 As an adventure game fan and Double Fine disciple, this has been a curious week, last Wednesday something really got me excited about games in a way I've not been for some time. Check it.

This project's cool not just because it means we might have a new Ron Gilbert and Tim Schafer game (along with splendid art and design from Double Fine team) but excitingly it's publicly funded through voluntary backers, AND there's a documentary following its production. This is great as it helps promote a healthy, highly creative image of game development to consumers and to the broader creative industries as a whole, which is something I endorse. Cannot think of a better studio to help promote the positives of game creation as an 'art from'. This is where I write 'support it today!' and sign off normally, but now (a week on) Tim has managed to raise something like 1.7 million dollars - fair to say he did pretty damn well, but there has been a lot of debate over his success.

It's clearly a good thing for a developer to engage with their consumers directly, and a great thing for fans, and could potentially ripple out across the industry with interesting results, especially in light of the fact that the negative aspect of publisher-developer relations are often well documented. But it's fair to say that Schafer's success is just that, his own (plus fans)personal victory - as it's difficult to imagine another developer gaining such support. Forgive the gratuitous (entirely imagined) game developer nudity pictured, but it got stuck in my mind as an idea and well I just had to paint it...

Sort of references the, personality factor, the cult nostalgia (in the items scattered around) and also that people need only give a single dollar if they cared to (hence all the 1 dollar bills).