Not unusually it's been a while since my last post, there's been a few distractions as I've changed job and country again...* I'm only just now re-united with my home office set-up in the new flat after 6 months or so of storage in boxes, it's amazing I'm now fully unpacked and can actually access my art books!

One of my projects I've been able to do around various other bits - some idea generation for a book cover project, it's nice working rough (not a lot of reference used in these which you will probably notice) mainly pencil and biro I've painted into digitally. 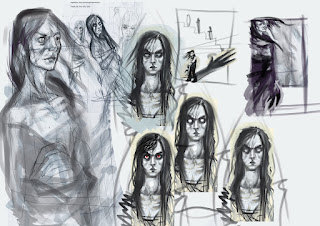 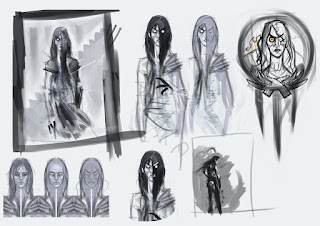 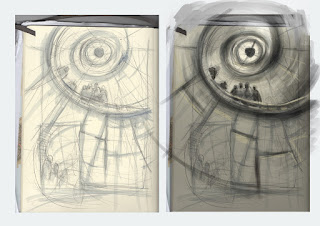 I've had plenty of time with only a sketchbook too so it's been good just playing around with some paper and pencils too. 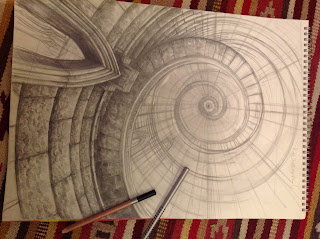 The image is shaping up into something more like this...early digitized version still working stuff out fixing the drawing at this stage. 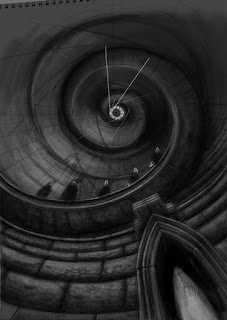 *(Back  in November I started at Moshi  HQ, it's pretty awesome)
Posted by Matthew Beakes at 06:02