I'm flying off to Australia tomorrow so won't be blogging for a while, it's going to be awesome plus I'm packing some serious sketchbook so I will no doubt post some stuff on my return!

In the mean time I'd thought I'd post up some of my exploratory stuff for my 'Train Guy' project. Still work in progress, playing with styles that I'm not sure I'm happy with yet. I wasn't 100% sure posting incomplete stuff up here is a good idea, but since it's been a slow burning project, I need to get some of this stuff off my desk and (potentially) get some responses. 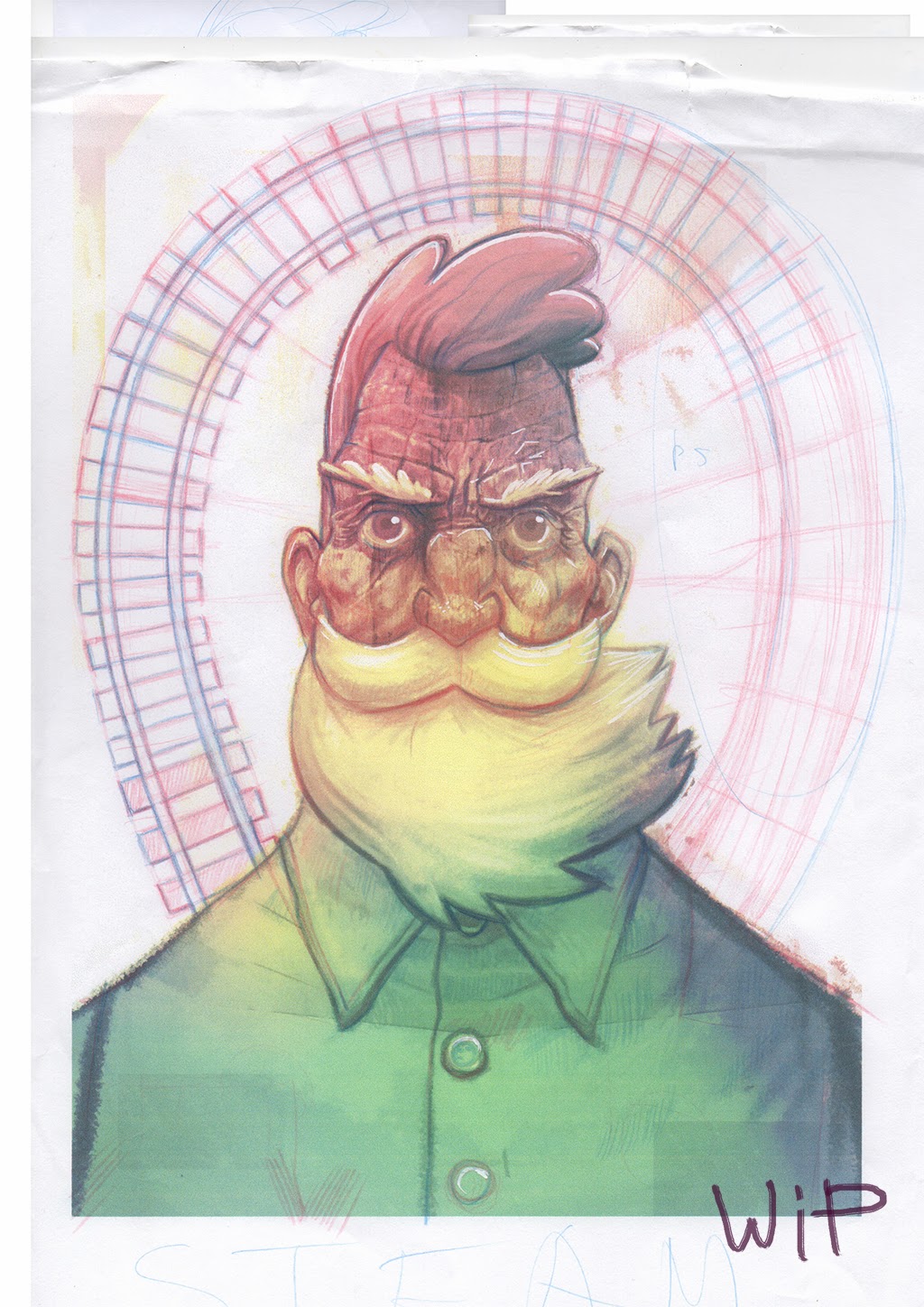 Primarily exploring the character and aesthetic the 'Train Guy' character was initially an embodiment of old American Railway workers, industry, hardship and pride.

Thinking about ways of depicting a functional, industrious character led to an alternative kind of culture to draw from Russian constructivism, and so to Bauhaus which has grabbed me as being an interesting potential art style to apply to a video game's art direction. 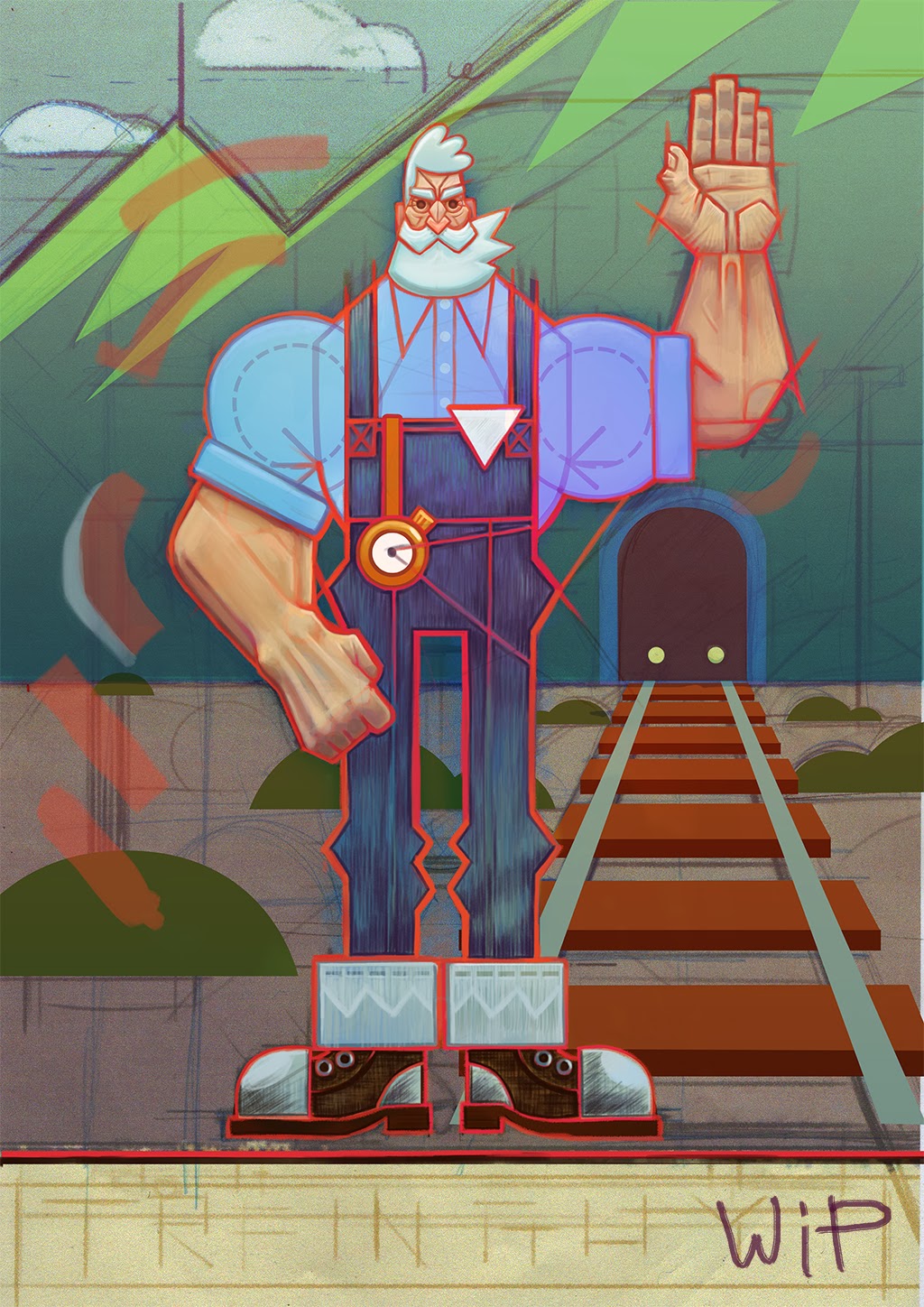 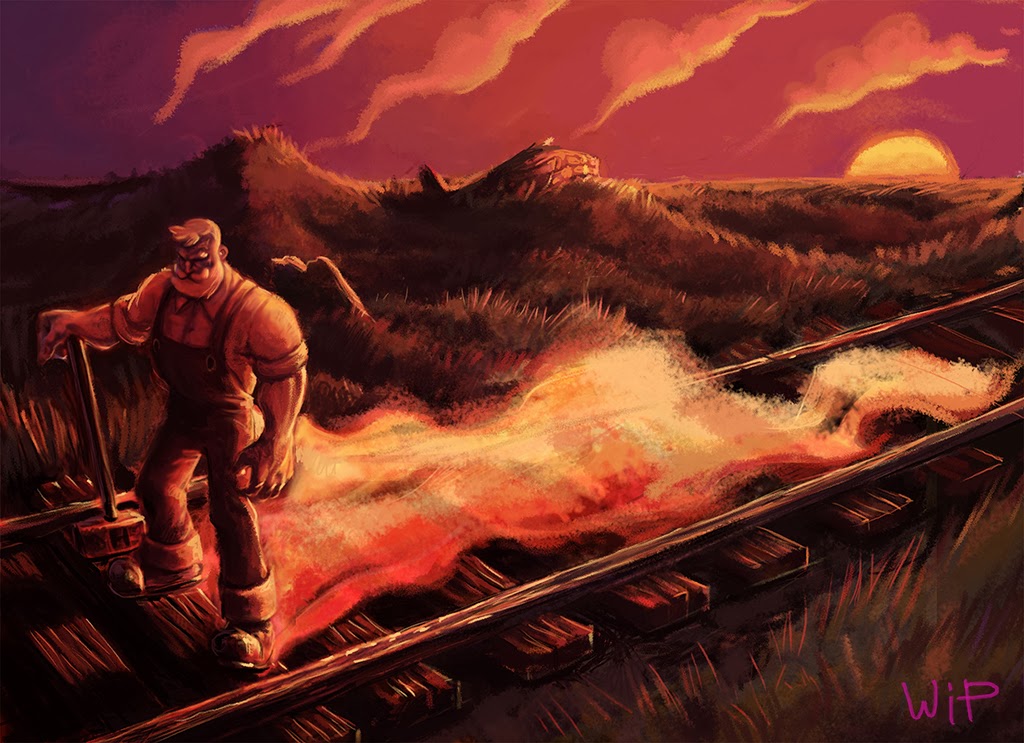 Having said this, when doing some more painterly work, I really liked how it had some of the qualities of old cigarette cards, which I thought would be an amazing way to tell a story, and sort of captured the romance and aspiration of the railways but from a blue collar grass roots level.

It's my hope to be doing plenty of writing and design over the next few weeks to try and work some of these themes out before pushing the rendering and illustration further.
Posted by Matthew Beakes at 17:23