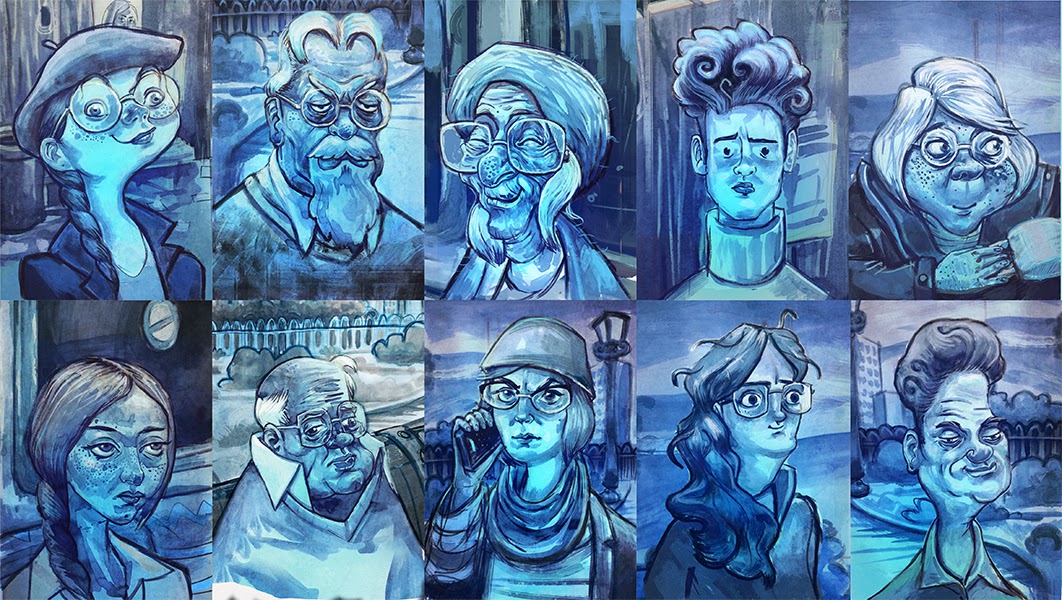 Some test images from a current side project, based on some of my street sketches of the past 6 months, I was keen to have a rough and unpolished way to include these into something. Currently planned to be involved into a comic, I'm deliberately keeping things a bit wonky and messy on this one as its all being done very piece-meal, and the real goal on this is to combine into a small coherent story, so rougher the better at this stage, will probably weed out the weaker images later down the line.