Hay Ewe! (a long post, with lots of pictures)

This month a project I helped out on in the summer gets released, It's a mobile game called 'Hay Ewe' and it was a fun casual project that was made by a small team with a lot of love and not a lot of resources.

As I've been freelancing again, I've really enjoyed working with small teams again, and reminded of how adaptable you need to be. In this case I was presented with an existing character and a loose art style amongst a lot of place-holder art. A key issue that perhaps I didn't quite iron out to the extent that I'd hoped for was matching the existing character style already set out. Especially hard as the team was working remotely, plus we didn't have time for much concept work, mostly conceptual design was just rough notes and suggestions. It's not all that sexy, but as its a 2D project it's kind of all that's required, plus it's nice not to get too bogged down also.

The costume and collectable objects were the first contribution, and kind of a nice and easy way to engage with the forming identity of the game.


I've always  preferred illustration over UI and graphic design but my input ended being a pretty even mix of fun illustrations and some functional UI design - involving lots of roughing and revising, plus a lot mistakes and redesigns.

'Hay Ewe'  as one might suspect, is not a game that shy's away from puns, like at all. Ever.

As soon as someone dropped the 'Ewe -Tube'  pun an idea quickly formed of having a beat up old BBC style computer on which player can watch (handily text lite) videos explaining the various hints and hazards of the game.

I love big chunky analogue buttons that animate, and liked the idea of a forgotten pc in the bottom of a barn covered in hay and with chickens roosting on it etc. I felt pretty happy thinking "If this sort of thing was good for games like 'Machinarium' it'll be swell here!" 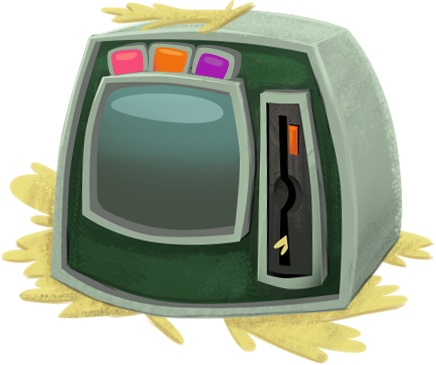 It was about the same time we that we decided add 2 entirely separate shop screens to the same format, that we realised that this was actually a TERRIBLE design for a multiple aspect ration mobile menu system to work... And so back to the drawing board until we started to get something a bit more appealing, flexible, and with even more terrible puns.


As much as I love having User Experience and UI specialists on hand to help with wire-frames, flow charts etc. massively failing at UI design is a pretty useful experience. I did however get the chance to do some nice illustrations too which was super cool.


The backdrop and illustration stuff's always great fun (as you get to do pretty drawings) Even with the map there was plenty UI to consider, and even with a zoom-able screen it's challenging not to over clutter things.


Big props to the Rainbow Rocket Studios team for getting the game out - It was a real fun project to help out on. 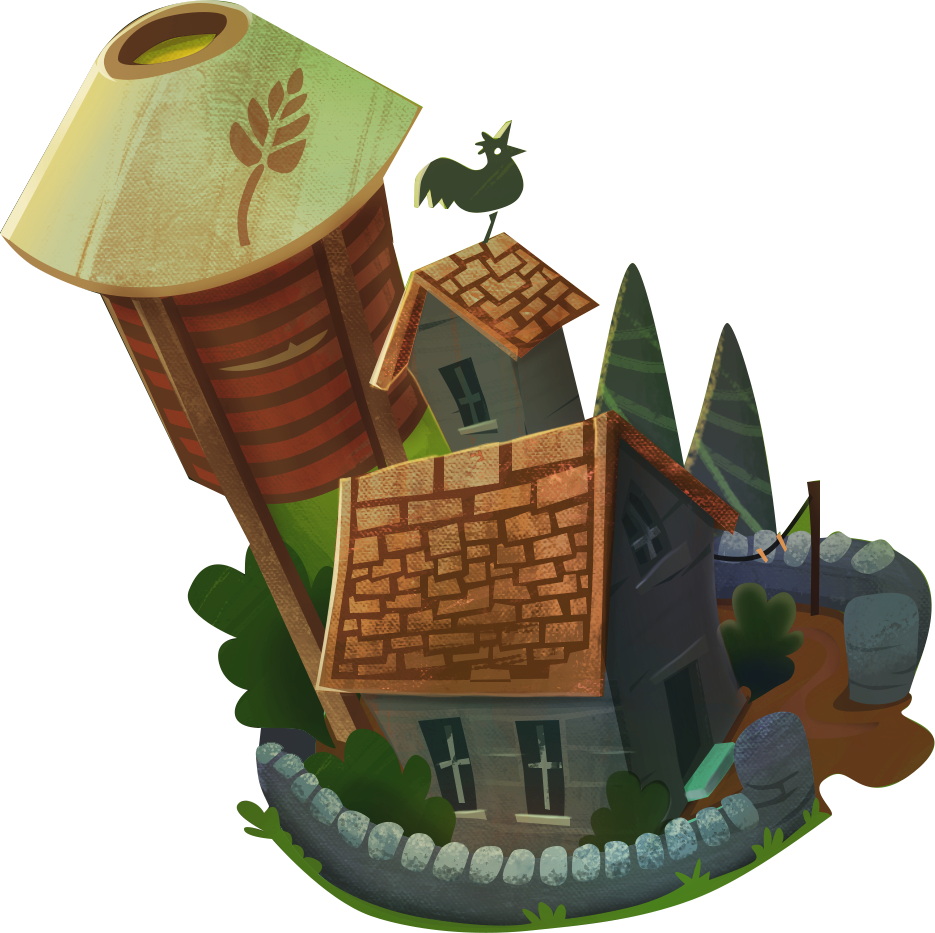