I've been pretty busy on my freelance projects, and getting stuff together for thought bubble (under a month left now...) so I haven't been able to add much of 'Train Guy' project for a time. 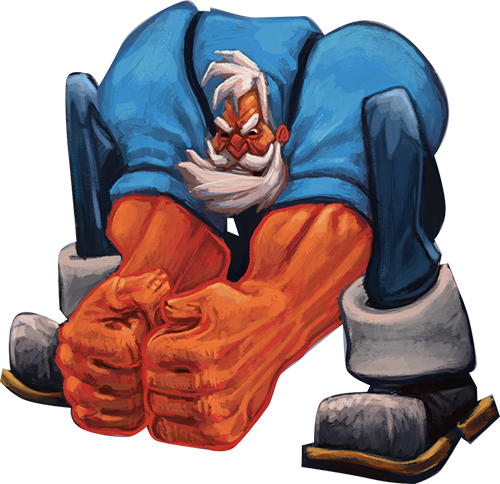 Currently the game revolves around brawling atop of a moving train to protect it's cargo, key part of this is obviously the design for the actual trains. Fundamentally I want to have an upgradeable train that consists of 3-4 upgradable components, all of which can be upgraded with more visually outlandish iterations. In short I wanted to have a train that can part by part be upgraded from a old vintage Steamer, to a futuristic Mag-Rail bullet train, via some glorious 30's sleek body work (I'm kind of a fan of incongruity) Below is the first step of dividing assigning sections to the an upgradable quality. (Cant wait to mock up some variations based on these) 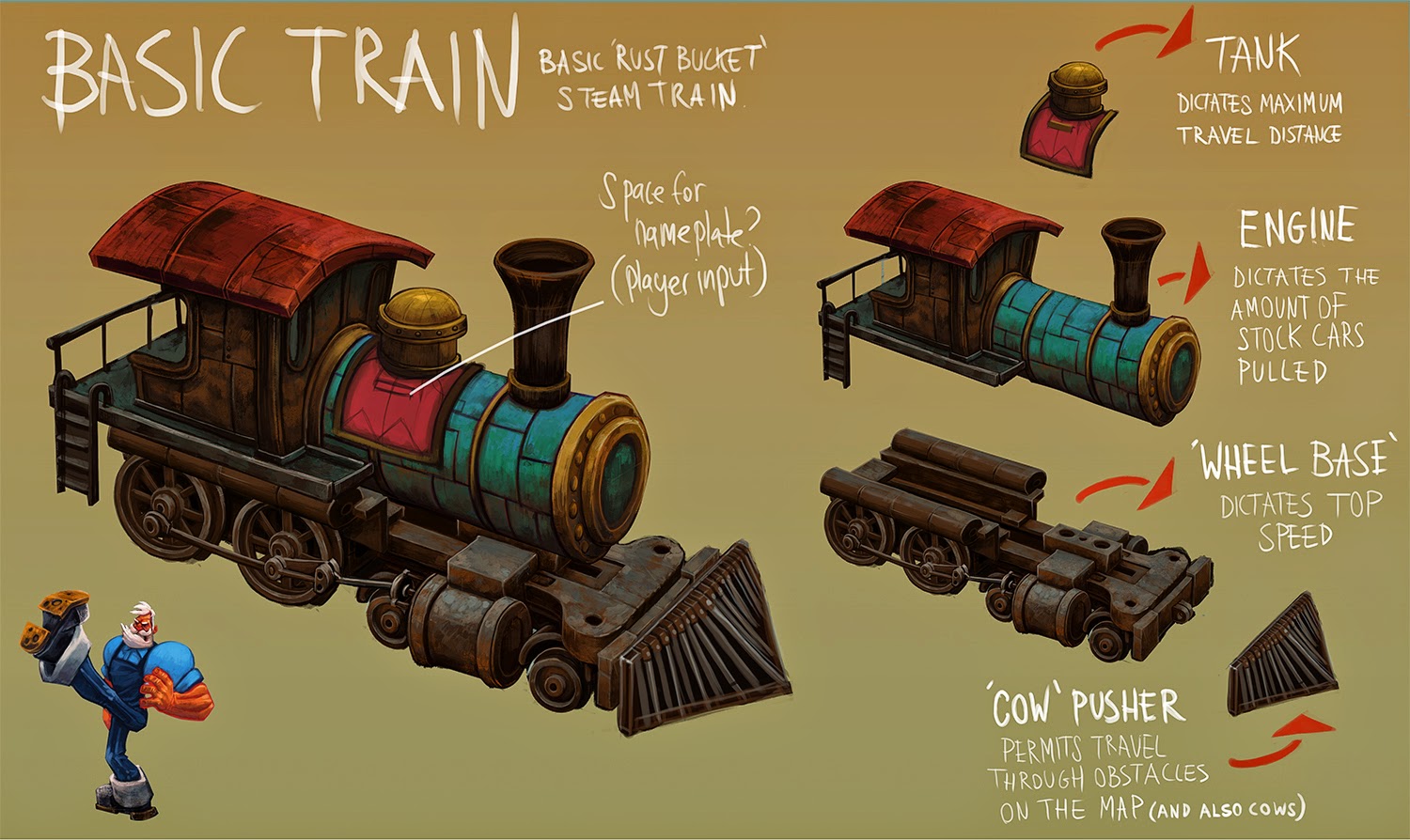 While the visual aesthetic is still floating around a few possibilities I really loved looking at the old rusting trains with pipes valves and tanks galore, but even condensing some of that into a reasonable simple design was really tricky. I realised pretty quickly that this sort of inorganic design is actually pretty challenging to get down through drawing and painting, so this was a great project to switch to 3D for a little fleshing out. 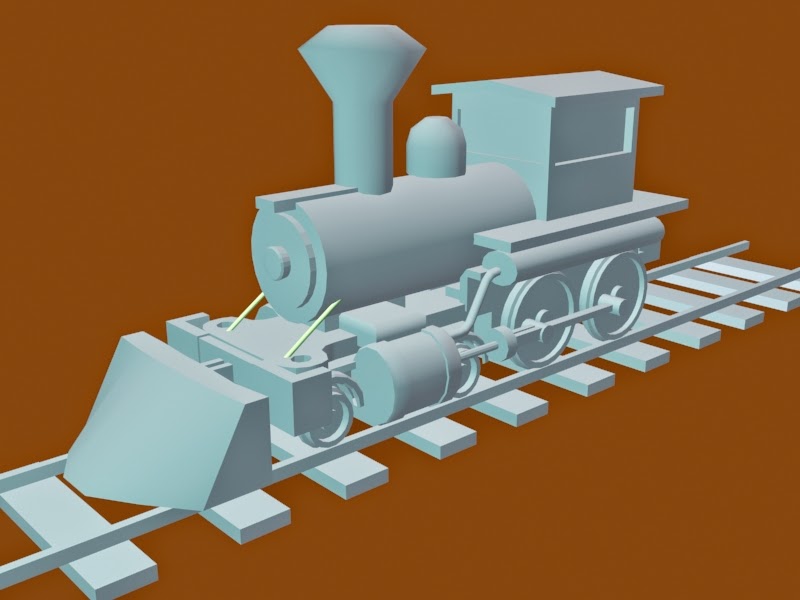 Ultimately this game could even be in 3d at this stage so it's been a really good exercise in figuring out the  direction for this project this has been as much of a 'game' design exercise as a visual one.

It's a bit of a slow train, but for now I feel it's getting somewhere. 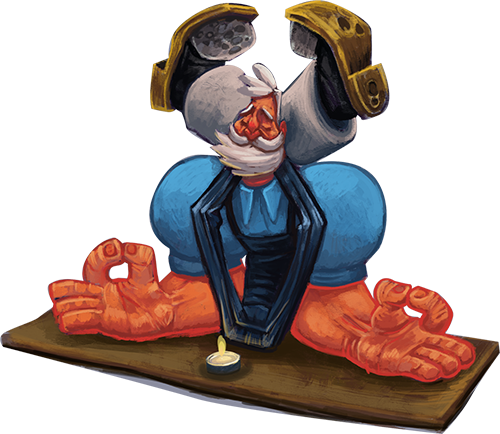