I was fortunate to be asked to produce some album artwork earlier this year; it's always interesting going back into doing illustration briefs after periods of game development, which by it's nature is a collaborative and iterative endeavour and super different.

turned out to be an eye opener, to how 'what I do' works vs what 'I think I do' and was a fantastic reminder that you are only good at the stuff that you both do regularly and or understand the process of. Also *full disclosure* this project was for a friend, and unlike other professional commissions there wasn't quite the typical understanding of the client wanting the artist's existing style, it was more of 'Hey, you're an artist, wanna do my record?' vibe, so in the end I had to do a few stylistic back-flips to find the right solutions'

We got to an image in the end that the client was happy with but it took a fair while longer that I'd expected, since this is a blog instead of a tweet or update I thought I'd go over some of this process...Working outside of my core hours, there was a fairly lengthy development period of a few months for a pretty simple image, trying out a fair few versions on the way. Some things definitely worked, others not so much...

Unlike concept development or character design, you're rendering a real person in their preferred likeness, so naturally you've got to be sensitive and on brand with that. Some reference, and some preferred art styles had been provided, with clear instructions as to which to use as influences - so forgoing the usual thumbnail stage I'd jumped straight into study style paintings.


Perhaps I'd been a tad literal in my interpretations, but my first feedback, could be summarised by, 'yeah you followed my instructions, but can I not look like a total psycho?' it's only belatedly THEN I actually went to the thumbnail stage.


This then provided the approved composition, which was going against the brief, and even involved just pasting some of the photo reference into the sketch - so really was an essential reminder of trusting the process of roughing out without rendering.

Jumped into a few rendering style from here, (I was feeling pretty happy with these at this stage) 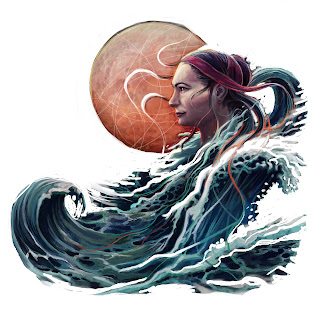 Still rough, but I was enjoying how this one was working out, now this was actually pretty far off the mark for the client though, (so perhaps another important lesson of not getting too carried away) I'd kinda been hoping to get something signed off and then get finished up and rendered at this stage, but I was directed to another artist's work which was waaaaay more analogue and mixed media based, so involved a bit of reboot. 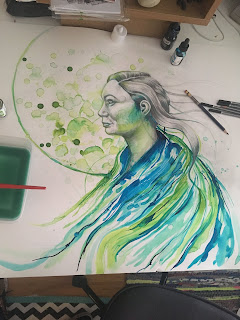 Again, the nice thing about the mixed media approach is that you can clone and overlay more sections of traditional media in a flexible manner. Also you can definitely go back over cruddy drawings and anatomy bits. 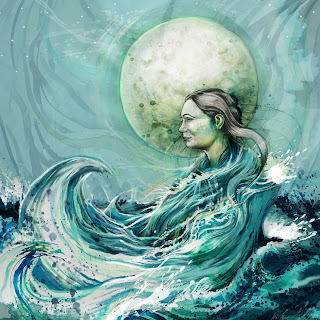 Anyhow, a wee bit more detail than usual on this post, but when reviewing some of this years projects, I was struck by how much work was underneath the surface on this one.